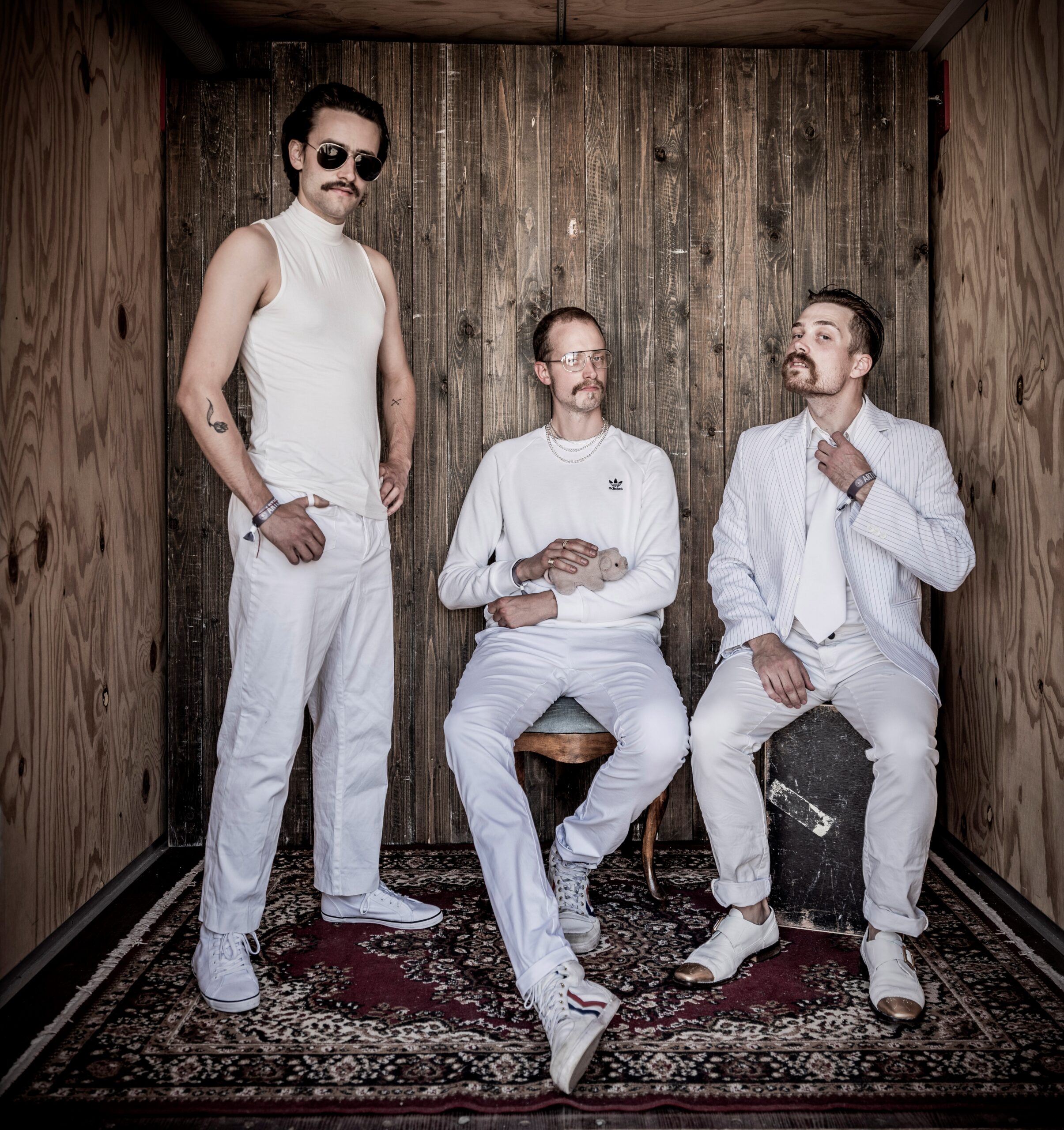 Like an uprising against all the ‘nordic sentimental folkmusic’ Trio Svin fights a desperate battle, making the world an uglier place, one concert at a time. With a tongue-in-cheek attitude, a crazy musical approach and a foundation in Bluegrass and Nordic folk music Trio Svin fills a need nobody knew they had. Like an ass-kicking that you never asked for, but secretly wanted all along – folk musical catharsis.

Their uncompromising, raw attitude resulted in a nomination in the category “Talent of the Year” at the Danish Roots Music Awards in 2015.

“A half hour of madness-extravaganza. […] They run into multiple technical problems and the trio is obviously more interested in having a party than playing perfect, but all of this only heightens the mood. As they walk off stage they flip off the audience and go: ”Thank you, fuck you all!” it’s art.”

“Outrageous!? Terrible!? Amazing!? […] For a moment I’m speechless. It’s such a far cry from anything else going on at the festival [red. Tønder], but there’s still that familiar fiddle and a well known glimmer of political sarcasm. It’s obvious that a part of the trio’s goal is to take people outside of their comfort zones. It’s full of energy and the audience is definitely captured, but i can’t decide if the whole thing is terrible or amazing.“

“Right from the first note, it was clear that a brilliant ensemble, high intensity and big smiles would be the theme for the next 1⁄2 hours experience. That all three members mastered their instruments virtously was only underscored by the many superior “surprises” and breaks.”

“The band presented hard-hitting folkrock with humor and selfdeprecating irony and their bursts of energy were contagious and had people headbanging on the front rows. Might be a rare sight on a folk stage, but Trio Svin was equally entertaining and masterful”